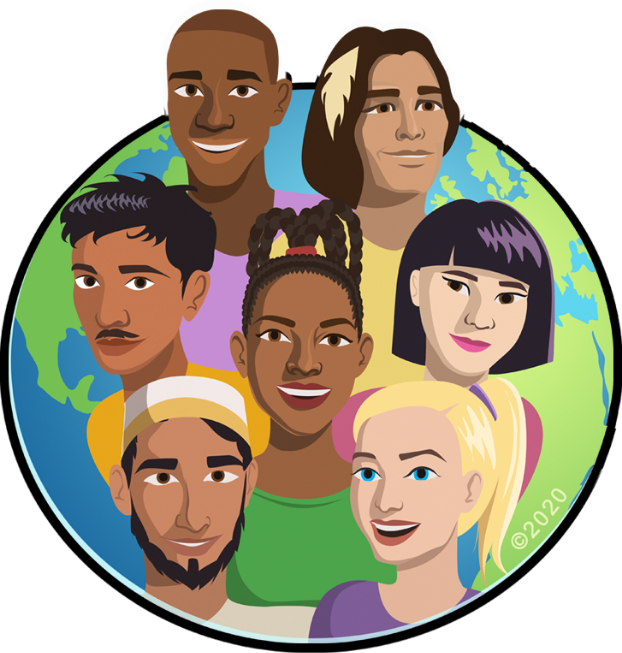 CHIA’s mission is to develop, produce and support programs that promote and embrace diversity in American culture. The organization has a special focus on the entertainment industry, in view of the tremendous ability of television, film and the news media to influence the viewpoints, perceptions and attitudes of the community at large. CHIA works to promote increased visibility of marginalized groups and a more balanced imagery of the diverse populace that make up the multilayered fabric of America. Throughout the year, the organization provides a wide range of innovative outreach, educational and networking programs, workshops, panels, seminars, conferences, mixers, job opportunities, in various fields, including career-enhancement and personal growth opportunities.

The programs of Changing Images In America serve a broad multi-cultural constituency. All programs are conducted without regard to race, color, creed, age, sex, socio-economic status, physical challenges or impairment, or national origin.

2O20 was a thought-provoking year that saw unprecedented tensions in race relations in America. Our organization, Changing Images in America has never been more needed in the fight for parity in entertainment and American culture and we invite you to join us in our mission.

Racism and discrimination of any kind, on any level is not only blatantly ignorant, it’s pathetic at the highest levels imaginable. As most economists will attest, a country’s most valuable resource is its people, and if a community or country is hell-bent on engaging in exclusionary practices and myopic vision, it’s only cutting off its proverbial nose to spite its face…literally.

I’m grateful and fortunate to have been raised in a different culture because it gave me a “profound sense of self” and taught me to accept and embrace people of all races, nationalities and creeds; a philosophy that’s at the core of everything in which I engage.

Diversity in the room and at the table – different voices, stories, experiences, talents – is MORE interesting and absolutely more exciting than any unilateral point of view… AND that benefits everyone. Let’s embrace diversity in all of its magnificence!

I reaffirm my longstanding, unflinching commitment to the cause. Please join me and CHIA. Thank you.

Changing Images in America is committed to providing career-enhancement and personal growth programs that further the goals of the organization, through a wide range of innovative educational and networking programs, workshops, panels, seminars, conferences, mixers, job opportunities, community outreach, etc., throughout the year.

The breakfast has been one of the most effective tools used to promote the goals of CHIA since the organization’s inception. The popular, award-winning, longstanding and highly-regarded event (“Best Networking Event in LA”) was founded by Sandra Lord in 1993, several years prior to the formation of Changing Images in America. The event is now produced to benefit the Changing Images. The breakfast serves a multicultural constituency, and provides unparalleled opportunities of access and learning to industry professionals and aspirants. The event has featured studio and production company heads as well as top Hollywood professionals, including Academy®, Emmy®, Golden Globe and Peabody Award winners and nominees and has been featured in Variety and on CBS/K-Cal News. Click here for more info. If you would like to be a speaker, contact us here.

In our efforts to contribute to a culture of greater racial equality at all levels and across the spectrum of available employment opportunities in entertainment, the organization has started a database designed to help connect primarily people of color with those in a position to hire in the industry: HR, studios, networks, production companies, advertising agencies, etc. The goal is to serve as a clearinghouse and repository of sorts for information regarding the participation of qualified talent in that regard.

There are currently no events.

Previously called the “Post Oscar Showcase,” this pioneering program that has received wide acclaim for its promotion of diversity in the entertainment industry. The live event, designed to promote the talents of writers, producers, directors, actors, stand-up comedians and crew of different ethnic, cultural and racial groups, including talent with disabilities, has served as the blueprint of sorts on which some current network and studio diversity programs have been modeled.

This “original” and predecessor to all diversity showcase programs was created and first produced by Sandra Lord in 1992. The event has been sponsored by Universal Pictures, NBC, Writers Guild of America (WGA) West, Women In Film, and Screen Actors Guild (SAG) and supported by Disney and ABC. Industry professionals who have lent their names in support of the program include: Ellen Degeneres, Henry Winkler, Kate Capshaw, Diane Keaton, Sally Field, Mary Steenburgen, Lou Gossett, Jr., Kweisi Mfumi, Susan Sarandon, Jane Seymour, Beau Bridges, Andy Garcia, Blake Edwards, Janet Yang, among many others.

Special recognition awards, acknowledging persons and entities that have pursued, promoted, pioneered or supported diversity in their fields, as well as those who have eclipsed (and prevailed against) traditional negative stereotypes. Outstanding honorees have included corporations IKEA and UNITED COLORS OF BENETTON and some amazing individuals, a few of whom are no longer with us, but whose impact on diversity is indelibly etched in the structure of our cultural landscape: Whitney Houston and the producers of Cinderella – Debra Martin Chase, Craig Zadan & Neil Meron; Star Jones; the Honorable Gloria Molina; Dr. Keith Black (renowned neurosurgeon); Gene Roddenberry (creator/producer of Star Trek); Edward James Olmos (actor/humanitarian); former California Assemblyman Mike Roos; attorney Julie Su; actor Floyd Red Crow Westerman; Zara Buggs Taylor (WGA executive); Anna Maria Arias (editor/publisher of LATINA/Style magazine); Dr. Douglas Martin (disability rights and independent living trailblazer); Beverly Cole (director of the Minority and Women-Owned Business Enterprise Program at Walt Disney); Dr. Dapo Poppola (Chairman of Surgilite); Junki Yoshida (Chairman of Yoshida Foods), and others who have all been recognized for the extraordinary accomplishments embodied in their lives and work. Proceeds from the CHIA Awards helped support our programs. 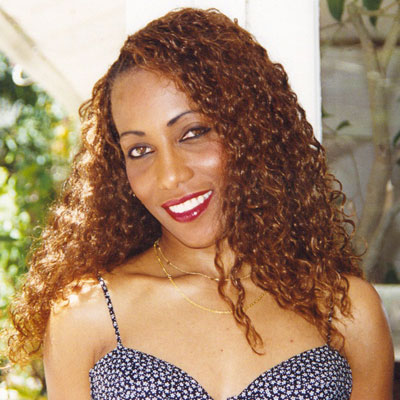 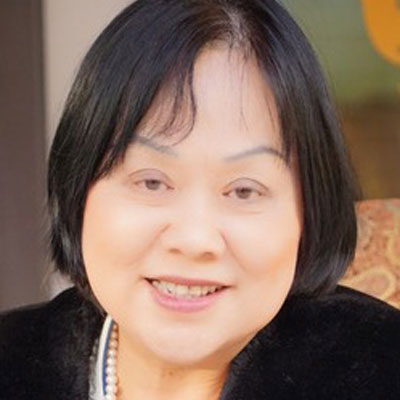 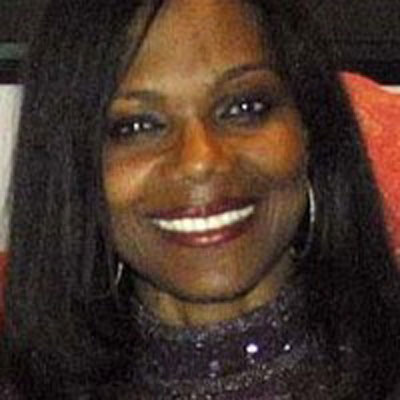 Changing Images in America is a 501©(3) organization

Your donation enables us to continue our longstanding service to the entertainment community, such as the award-winning Hollywood Networking Breakfast® and other critical and inventive programs.

PURPOSE: To develop, produce and support programs that promote and embrace diversity in entertainment and American culture.

Don’t miss an opportunity to be of service to others. 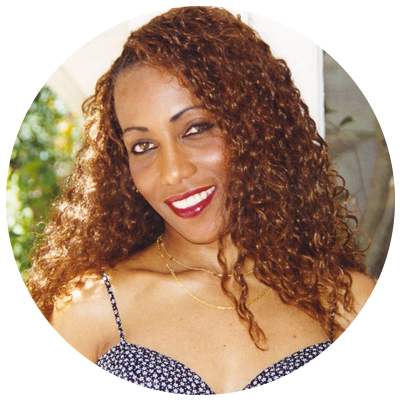 Sandra Lord is a multi-talented, multi-faceted individual who hails from the Caribbean/British West Indies. She is a Master Career Strategist/Consultant/Coach, Networking Expert and Former Talent/Lit Manager, who delights in “innovative concepts.” She is known for her ingenious strategies, as well as ground-breaking networking ideas, events, opportunities and productions, which have attracted the support and sponsorship of Hollywood studios, executives, celebrities and corporations. Whether producing an event, creating, writing, producing or directing a project, or strategizing with clients regarding career or business brand and direction, she has developed, in her own inimitable style, a reputation for “thinking outside the box.” As a strategist, Lord helps clients “get to the next level” in their careers and businesses and has served as consultant to professionals at various levels — from ACADEMY, EMMY, VMA, and CINE award winners and nominees to EMERGING content creators, talent and execs — who describe her services as ” LIFE CHANGING!“ Lord is also the founder, producer and host of the popular, award-winning, Hollywood Networking Breakfast® (Best Networking Event in L.A.), founder of Women Helping Women in Entertainment, Lord Entertainment Group, and the Los Angeles Film & TV Meetup, among others.

ANNA W. IVERSON is co-founder of  IQ Media Productions, an entertainment production company based in Los Angeles, where she serves as Business Manager. Anna has been working in the filmmaking industry for a number of years, in a variety of capacities, including, executive producer/producer/associate producer on a myriad of projects that include a feature film, many shorts, music videos, TV series, commercials and documentaries. Most recently, she served as executive producer on the  multi-award winning short film, “ Remember Me.”

Anna has a long history in business operations. Armed with a masters degree in Business Administration (MBA), her entrepreneurial spirit and passion for business, enabled her to establish and helm multiple USA and China corporations as CEO over the years.

She is the proud mother of three wonderful children, a grad of CEO Space International, grad of Sandra Lord’s lauded Career Strategy Program, and was formerly a Chinese school principal.

Life continues and her journey is marching on … 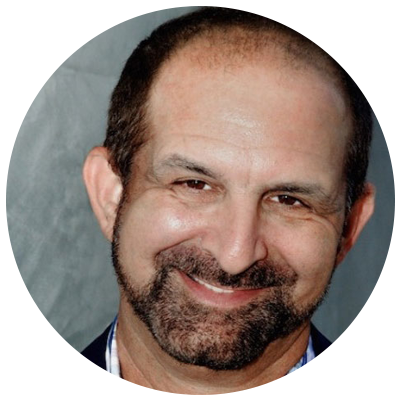 Scott M. Richter is a multiple award-winning WGA writer, producer, director, attorney and founder of Richter Scale Media, his Los Angeles based production company. In addition to having written for TV, film and digital media, Scott has practiced law in both Florida and California.

Scott is a past Austin Film Festival best drama teleplay winner for his Grey’s Anatomy script, “Reality Bites.” Currently, Scott is writing and developing numerous TV and film projects in multiple genres, including the Lincoln Trials, a drama series based on Abraham Lincoln’s incredible pre-Presidential life and law practice; Harverd Law, a single camera law comedy set in a law school of last resort; Erased, a Witness Protection Program (WITSEC) procedural crime drama; and The Last Son, based on the award-winning biography “Giant in the Shadows: The Life of Robert T. Lincoln,” by Jason Emerson, which Richter Scale Media has optioned and Scott is adapting for the big screen.

Since its founding in 2012, Richter Scale Media’s projects have won numerous accolades, including two prestigious International “Cindy” Awards, as well multiple other festival wins for WHOA! – a TV comedy pilot about a

Scott has also collaborated on several celebrity autobiographical book projects. Most recently, he’s teamed with Grammy-winning South African singer/songwriter Jonathan Butler on both Butler’s autobiography, as well as a documentary film project that will chronicle Butler’s incredible life story, from living in a Cape Town shanty house to South African pop stardom at age seven and Butler’s subsequent international acclaim, having opened for Eric Clapton and Whitney Houston, as well as headlining many sold out concerts himself.

Additionally, Scott was a longtime board member of First Stage, a renowned nonprofit theater group in Hollywood, which staged some of his plays and attracted such prominent actors as Ed Asner, Estelle Harris and Ed O’Neill. Scott has also served as a past President of the University of Miami’s Los Angeles Alumni Club and has actively participated in the Jewish Federation’s “Big Brother Program,” through which he has been a big brother and mentor. 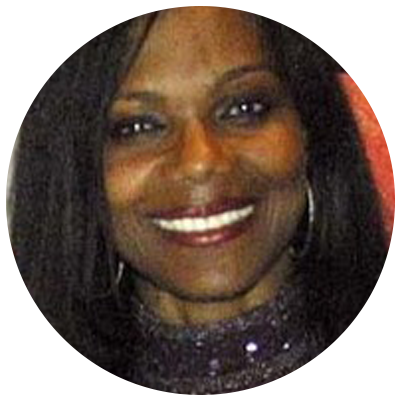 Marilyn Beaubien is currently working as a Production Controller on various television projects for Jesse Collins Entertainment and as a Financial Consultant to various clients.

In December 2004, she became the Chief Financial Officer of Gener8Xion Entertainment, Inc. after working as Production Controller and Co-Producer for the movie “One Night With The King.” Between June 2002 and July 2004 Ms. Beaubien was President of Grace and Mercy Entertainment a sole proprietorship that prepared financial packages for various entertainment clients. From June 1997 until June 2002, she was a Line Producer for Big Ticket Productions, Inc. on the television sitcom, “Moesha.”  Prior to that, she was an associate producer and production consultant for many television and film productions.

Ms. Beaubien started her career as an auditor with Price Waterhouse & Company. She is a member of the Producers Guild of America, Inc., and a member of The Academy of Television Arts and Sciences. She is currently on the Board of Directors for The Robey Theatre Company.